When you attend a Walk to Defeat ALS®, you’ll be surrounded by hundreds of people who have been touched by this disease, each with their own story of how ALS has impacted their lives. Some are still fighting, and complete the route in their wheelchairs, next to an army of supporters cheering them on.  Some have lost someone special to the disease, but are committed to continuing the fight in memory of their friend or loved one.  All are warriors in the fight to defeat ALS.

Chatham, Illinois resident Ben Rudin was just 40 years old and the father of two young sons when he was diagnosed with ALS. He and his wife, Rebecca, participated in the Springfield Walk to Defeat ALS®, forming a team of family and friends to walk in support of a cure and to fund care for people living with the disease. An avid music lover and fan of the musical group, the Drive By Truckers, the family named their team, Truckin’ with Ben.

Ben lost his battle with ALS in 2014, but Team Truckin’ with Ben still celebrates his memory through the Walk to Defeat ALS® in Springfield. Rebecca recently shared her story about why the Walk is so special for their family and why this year will be bittersweet for them. 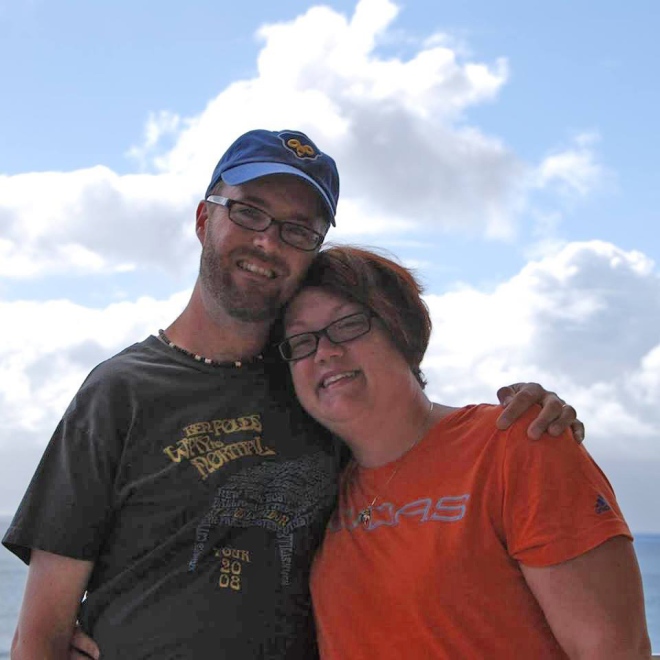 “After experiencing some wrist and hand weakness during the summer of 2011, Ben decided to go to the doctor with what he thought was carpal tunnel syndrome.  At the initial visit the doctor couldn’t decide whether or not to send him to an orthopedic specialist or a neurologist.  After spending about 10 minutes with the orthopedic doctor, she sent him to the neurologist who spent a lot of time looking at his nerves and muscles.  Ben spent the next six weeks having tests, including EMG’s and MRI’s, and on October 24, 2011 was given the diagnoses of ALS or Lou Gehrig’s disease.  Because there is no single test for this disease we were told to be guarded with this information until additional tests could be conducted to confirm the diagnoses.  That was a very trying and hard 6 months.  Our two young boys Elijah and Liam knew that there was something going on, but until we got the confirmation we didn’t put a name to it.  Rather, we decided to start doing bucket list activities as a family. 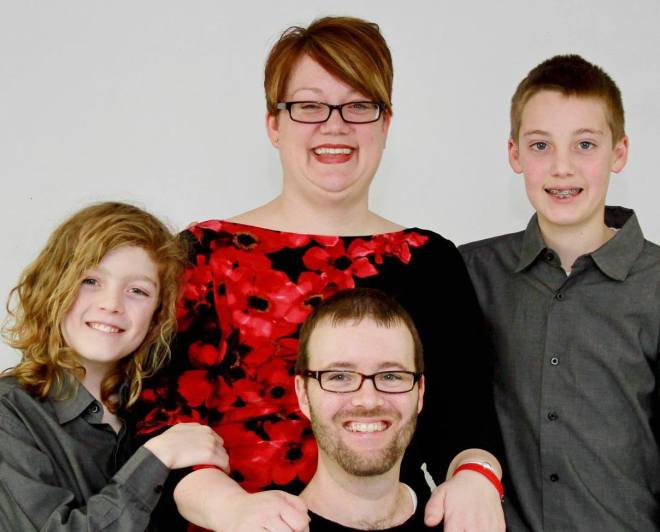 The Rudin Family has been participating in the ALS walk since 2012.  During the Springfield walk that year, Ben, the boys and I were in Hawaii making lifelong memories.  Our extended family and friends walked for us.  When we returned we decided that we would walk at the St. Louis walk.  Ben was one of the ribbon cutters – another memory that will never be forgotten.  That year he was able to walk the entire route of the walk.  At the ALS walk in 2013, we walked in the rain at Washington Park.  Family members took turns pushing Ben in a wheelchair because he quickly became fatigued when walking.   In 2014 Ben was in his power wheel chair and was determined to do a lap all on his own.  The Truckin’ with Ben team had over 300 registered members that day.  Following the walk everyone celebrated Ben with a banquet that friends planned.  It was an amazing day and lots of pictures were taken.  Ben passed away four days later.  The strength he showed us on that day will never be forgotten.

This year the Walk has a bit of extra special meaning.  The walk is on Father’s day weekend and this is our fifth father’s day without Ben.  It’s always a bittersweet day as the boys and I reminisce about all the things we used to do with dad.  We typically go out to his memorial at Southwind Park and then grill out his favorite meal of hamburgers.  This year also marks Elijah’s (our oldest) 18th birthday and high school graduation.  He is following in his dad’s footsteps and attending Illinois State University to study actuarial science.  Ben worked for insurance companies and instilled the love of math in his boys. 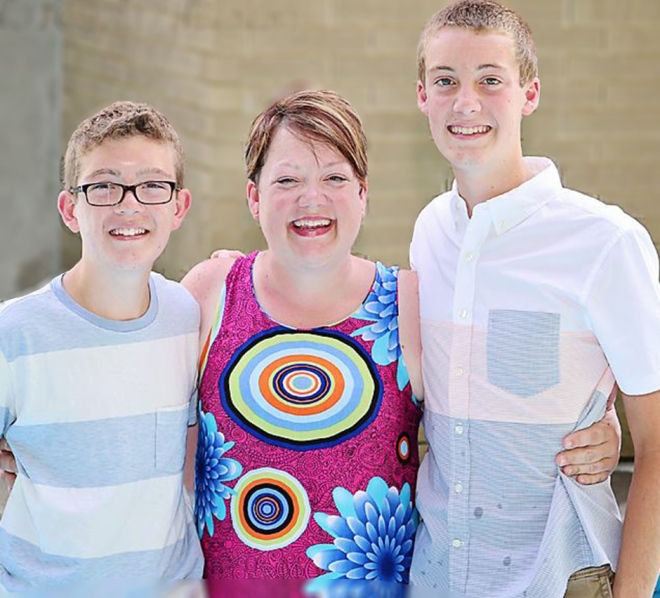 It’s never easy to lose a loved one, but the ALS walks have helped us remember and celebrate a life well lived.  We miss Ben terribly and know that he watches over us every day.”