Five years ago, the ALS Ice Bucket Challenge was soaking the world and bringing unprecedented attention to ALS. Last week on ALS Connect, we looked back on some of the relationships with corporate partners the Ice Bucket Challenge started or grew for the ALS Association St. Louis Regional Chapter. But for those already on the front line of the fight to treat ALS, the Challenge had special meaning. It brought attention, and funding, to a disease that many had been working tirelessly on for years. Among those people are the many that work at ALS Multidisciplinary Clinics across our region.

END_OF_DOCUMENT_TOKEN_TO_BE_REPLACED

It was the summer of 2014, and in St. Louis it was hot—nothing unusual about that. What was unusual was that people from all walks of life were pouring buckets of ice all over their heads. And not just to cool down, but for a cause. And it wasn’t just happening in St. Louis, but across the country, and even the world.

This was, of course, the Ice Bucket Challenge, the viral video phenomenon that took over social media and raised awareness—and over $115 million—for ALS.

The ALS Association St. Louis Regional Chapter was swept up in the phenomenon just like everybody else. People, companies and organizations across the region were taking the challenge. Some we knew already, most we didn’t, but with every new video and donation, the whirlwind of “that summer” got wilder and wilder.

END_OF_DOCUMENT_TOKEN_TO_BE_REPLACED

The story itself is known to even the casual baseball fan: one of the game’s best ballplayers who had played more games in a row than anyone else, ever, got sick with a fatal disease that forced him to retire from the game he loved. When he retired he gave an eloquent, moving speech. Soon thereafter people started referring to the disease he had by his name: Lou Gehrig’s Disease.

END_OF_DOCUMENT_TOKEN_TO_BE_REPLACED

If you are an average American, you probably hold a low option of Congress. It has been more than 10 years since overall congressional approval ratings have inched above 30 percent, and during most of that time its rating has actually been somewhere below 20 percent. Among the reasons given for the lack of support is that “nothing gets done.”

But if you look beyond the hot button issues that dominate cable news, you often find that individual members of Congress and their staffs are not only open to, but eager to hear the thoughts of their constituents. They are, after all, elected by just these constituents, and listening to what they have to say is in a very real sense what they were elected to do.

As such, each June people with ALS, their families, and those who advocate for them gather in Washington, D.C., to learn about the latest ALS research, network, and visit Capitol Hill to share their stories with members of Congress and lay the groundwork for legislative victories. To be sure, the trip is not an easy one, especially for people with ALS. But many made the journey, and on Tuesday, June 11, the hallways of Capitol Hill were full with those advocating for people with ALS. In all, members of the ALS Association St. Louis Regional Chapter, Chapter board members, and local residents with ALS met with the offices of 11 representatives or senators from Missouri and Illinois.

END_OF_DOCUMENT_TOKEN_TO_BE_REPLACED

From the outside, research can seem like an endless process. As much as we all yearn for the “AH HA!” moment of discovery, more often than not the gains from any sort of research are incremental. Not so much finding a needle in a haystack as a slow, methodical, documented labeling of this piece of hay, then this piece, then this piece….As Thomas Edison said about the process of researching and creating the lightbulb: “I have not failed 10,000 times. I have not failed once. I have succeeded in proving that those 10,000 ways will not work. When I have eliminated the ways that will not work, I will find the way that will work.”

ALS research has proven to be just such a challenge to the best minds in the medical and scientific communities. But recent advances are creating excitement about new ideas and opportunities, aided in no small part by the influx of funding created by the Ice Bucket Challenge. With all that is going on, we wanted to take a moment to look at what is happening in ALS research—to see what is new, what is promising, and what the future may hold.

END_OF_DOCUMENT_TOKEN_TO_BE_REPLACED 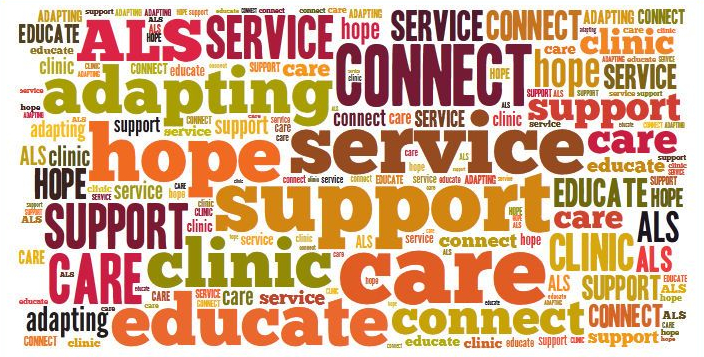 The care services team at the St. Louis Regional Chapter are the forefront of knowledge and information on ALS and what it looks like to live with the disease in our region. They answer questions from people with ALS and their families on a regular basis as they meet with families at clinics or during home visits. A few months ago, they answered some common questions they receive. Here is Part 2 of those FAQs.

END_OF_DOCUMENT_TOKEN_TO_BE_REPLACED 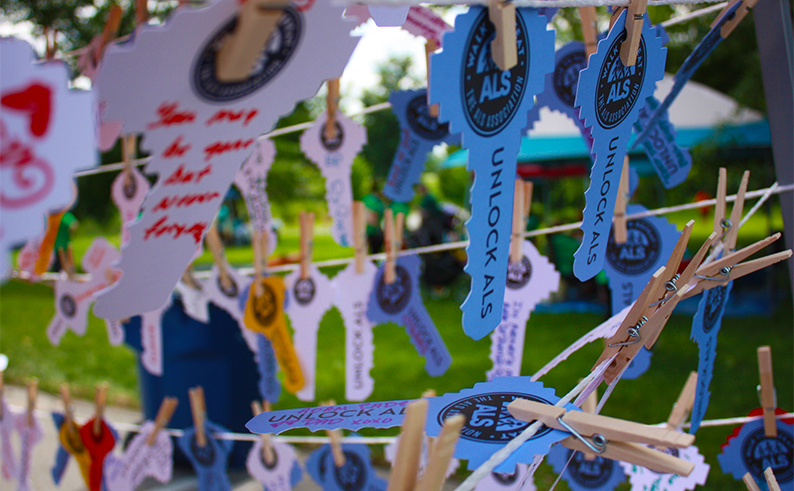 The Walk to Defeat ALS® is a colorful event. Team t-shirts from nearly every color of the rainbow dot the landscape, along with hats, shoes, signs. Color is everywhere.

But returning this year along the route, there will be an additional pop of color—a pop of color with a purpose. In 2018 The ALS Association launched Unlock ALS at Walk events to provide participants with a tangible way to recognize the real reasons they Walk to Defeat ALS. At the walks, participants select a lanyard in one of four colors to represent their connection to ALS. These colors represent:

END_OF_DOCUMENT_TOKEN_TO_BE_REPLACED 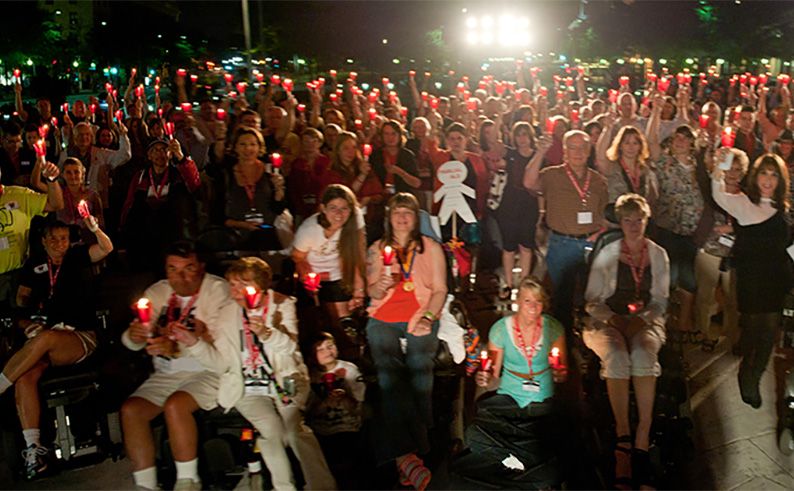 The role we can play as individuals in finding new treatments—and a cure—for ALS can seem small. Most of us aren’t world class medical researchers. Most of us don’t have hundreds of thousands of dollars to donate to funding those doing that research. Our role in fighting ALS seems minor by comparison, but it isn’t. By adding our voices to the chorus of voices advocating for people with ALS we can—and do—play an important part of the fight for a cure.

As we continue with ALS Awareness Month, we wanted to look at ALS advocacy and explore what is being done, what can be accomplished, and what you can do.

END_OF_DOCUMENT_TOKEN_TO_BE_REPLACED

For the general public, ALS might bring some specific images to mind. Many might think of grainy black and white newsreel footage of Lou Gehrig standing in Yankee Stadium. Others might picture the same scene but replace the actual Gehrig with Gary Cooper from the movie Pride of the Yankees. Still others might picture—and hear—Stephen Hawking and his computer-generated voice. More recently, Steve Gleason has become what many think of when they think “this is what ALS looks like.”

But for those living with ALS and those caring for them, the disease isn’t embodied by a famous person, present or past. ALS looks like a kitchen reconfigured to allow for a power wheelchair at the table. It sounds like a ventilator or the hum of other medical devices. It feels like grips on silverware or textured plastic cups.

As we begin May and ALS Awareness Month, we want to explore what ALS looks, feels and sounds like for those with ALS and their families. As these families know, the progression of the disease means near constant change—some that can be planned for, and some that can’t.

END_OF_DOCUMENT_TOKEN_TO_BE_REPLACED

As the days grow longer and warmer, we in the Midwest turn out thoughts to summer. And with summer comes the ALS Association St. Louis Regional Chapter Walks to Defeat ALS®. The Springfield, Illinois, Walk is June 15 in in Southwind Park. The St. Louis Walk is June 22 in Forest Park.

These walks would be not be possible without the work of the Walk Committees. Committee members are involved as participants and behind the scenes, playing an integral role in the success of the events. The committees assist in booking vendors, securing in-kind donations, supporting team captains, recruiting volunteers and assisting with the planning of the events.