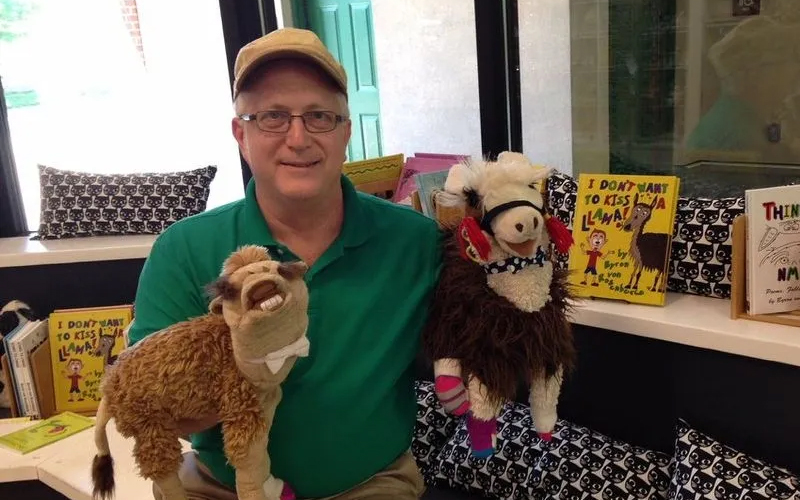 For many of those touched by ALS, the impact is a lasting one. Many who have known someone who has passed away from ALS look to find a way to give back to the fight to end ALS, be it through volunteering, spreading awareness, or donations. The timing of when they come to the cause is as individual as their stories; some are ready soon after losing someone, others find that time brings them back. Each find their own way, in their own time.

For Byron von Rosenberg, the journey with ALS began 20 years ago, when his father was diagnosed with the disease. He passed away in July 2002. Byron’s very first poem, “Look at My Hands,” was written about his father’s struggle with ALS. The poem is a sort of conversation between God, a father, and son, and remains a guide to Bryon to this day.

From that poem and a lifelong love of words, other poems and stories came, including his most well-known poem “I Don’t Want to Kiss a Llama!” Since then, Bryon has made this love of words into a 2nd career of sorts as a poet, author and storyteller.

But having been touched by ALS, Bryon wanted to find a way to give back through his work. Through the end of October, he is donating $1 from every book sold to the ALS Association St. Louis Regional Chapter, and is planning more opportunities to support the work of the ALS Association in the upcoming months.